The Best Catfish Bait To Catch A Monster in 2021

Catfish bait is renowned as being some of the smellies stuff you can put on a hook. It is often common to find someone balling up some chicken livers that have been sitting out in the sun all day and putting it on a treble hook.

Or even pulling out what looks like a piece of brown dough that absolutely stinks to high hell. The reason for this is that catfish love that stinky stuff.

The good news is that there are some less smelly options out there to choose from.

One option is to use live bait, which may not smell like roses, but it smells better than stink bait or chicken livers that have been roasting in the summer sun!

A second option, is different types of dough made for fishing. And a third option is  cut up pieces of hot dog.

Anything that can lay on the bottom of a river or a lake that has some scent to it is going to be of great benefit in catching catfish.

You can catch catfish on just about anything you can put on a hook. That being said, let’s dive a little deeper into all of the different types of bait that can be used. Typically you don’t think of live bait being used for catfish. However, when done properly it can be a very effective way to catch your limit. The most popular live bait for catfish: shad, nightcrawlers, and crawfish.

Shad is normally used as cut bait in most catfish angling, but it can work surprisingly well as live bait. Especially to catch a big flathead.

This will be fishing deep so a heavy sinker a foot or so up on the line and secured in place is needed. After attaching the hook, hook the shad through the mouth to ensure it stays alive and can swim freely.

Nightcrawlers will require to be either dropped off  a slip bobber and allowed to float just off the bottom, or no bobber at all and allow them to simply fall to the bottom.

If you’re fishing without a bobber, keep your line as tight as possible to detect any strikes.

Crawfish are the main forage of most fish and catfish are no different. They are primary food sources in rivers, creeks, ponds, and lakes. Therefore they should not be forgotten about when used for live bait fishing.

Hook these at the base of the tail and toss them near thick cover and allow them to crawl around the bottom. Be prepared to set the hook hard and fast because if the fish gets back in the cover not only will the fish be lost, but your hook and bait as well. Alright folks! If you are not interested in your fingers reeking of dead fish then just go ahead and stop reading now, because everything here on out is going to be especially pungent.

The most popular dead bait include: spoiled Shrimp, shad, and chicken gizzards and livers.

If after a dinner party some forgotten cocktail shrimp remain in the fridge, do not be too hasty to throw them out. These can be great catfish bait and work well when tied either under a bobber, limb line, jug, or trot line.

Same goes for shad. Dead shad can be purchased, or if the live bait is no longer living then fish it in a similar way to shrimp. Attach it to a hook and use any of the above methods to let it sit in the water

One of if not the most popular catfish bait is chicken livers. These can be found at just about any grocery store and are extremely effective.

The smelly gooey mess that can be found with warm chicken livers is an immediate turn on to catfish. Have a rag handy for easy clean up after handling them. This is not anything to handle before a hot date. This is ripe stuff that only catfish anglers and catfish themselves enjoy the smell of.

This typically has a doughy texture and is sometimes, but not always, made into pre-rolled balls that fit on your hook. Another preparation is called “dip bait”.

This has a soft consistency that is meant to be used with a small tube or a sponge hook that is dipped inside the container to attach the bait; using a normal hook will not work.

This can be anything a catfish might enjoy. It could be a hot dog, bread, or even cheese. Whatever is lying around the house that is a food item could potentially be used for catfishing.

Feel free to experiment and see what works best. Again, this is also best fished in a similar way to dead bait.

What is the Best Bait to use for Catfish There is a hot debate in the catfishing world, and that is what bait works the best. Well I am  here to take a hard stance and say, it depends.

There are many different factors that come into play. Such as the water temperature, time of year, water type, as well as type of catfish.

Take into account what other anglers may say, but it’s best to experiment to see what works best.

Blues, channels, and flatheads will eat a similar diet, but it is varied enough that to target one or the other the bait must be  more specific. Below are types of bait is needed to catch each species. Live, or cut cut bait works the best for blues. Stick with different types of shad or herring. Either let a live fish float beneath a bobber, or on a trotline, or use a similar method with cut bait. Any type of oily fish will work best. To catch a large number of smaller fish then stink bait, chicken livers, or dip bait is the way to go. This is perfect for someone who is new to fishing and wants quick action.

Or for someone who wants to fill out a limit quickly for a fish fry. Although, for larger channels you can use large dead bait such as shad, or even carp. Cut bait can be an effective way to catch these fish, but only if there is some sort of water movement from a current, or even attaching a strong wind pushing around your bobber.

These fish are best caught on live bait that is moving around a lot. You can use large shad, goldfish, and even panfish would work well to catch these fish.

Can You Reuse Catfish Bait?

It is not recommended that you reuse bait. Typically once its been in the water it is not going to be as potent ad before and will not be as efficient.

Live bait could be reused as either dead or cut bait, but that is as far to go in terms of reusing any type of bait.

Below are listed a few different types of bait to use on your next outing to the lake or river. 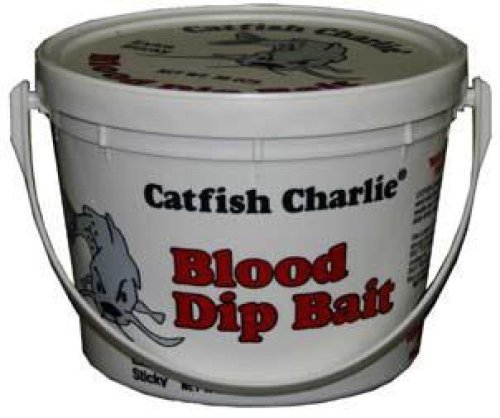 This new formula is extra sticky so it will stay attached to your hook longer than most dip baits. That being said, it is still not recommended to use a normal hook. Continue to use sponge or tube hook in order to fish this properly.

This bait can either be allowed to sink to the bottom and kept there on a tight line, or it could set underneath a bobber. This type of bait is best used for channel cats of medium size.

It should provide good success in terms of limiting out, but the catch will not result in many large ones. 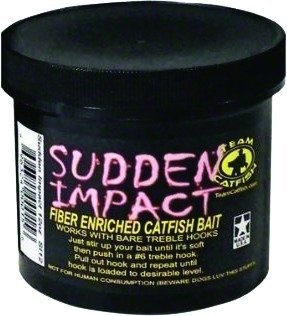 The packaging claims that a sponge or a tube is not needed in order to attach the bait to the hook, but it seems that many people are having trouble fishing it without one or the other.

It is recommended to not follow the directions on the packaging and instead use this with a sponge or tube. That being said, once you get it into the water it will work fantastically.

You’ll be catching your limit of channel cats in no time. This is similar to to the dip bait above in that the catch will provide many average sized catfish.

There will not be many monsters using this bait, but you will easily be able to limit out. 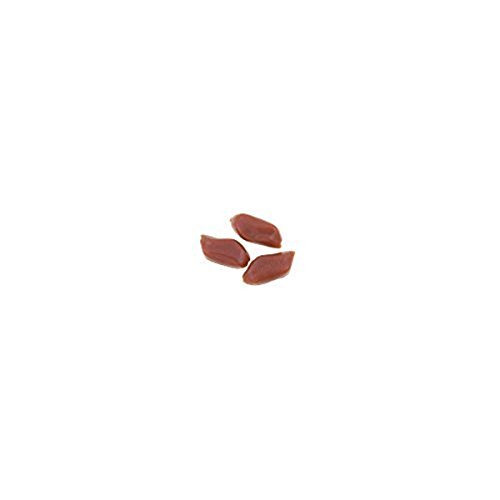 Ulike dip bait, these chunks will hold on to the hook for a long time and allow for the use of a normal treble or single point. These are tough and will hold on longer than normal chicken livers.

Bait will be wasting away by giving it a big cast. These chunks are effective for a wide array of catfish species. Gulp!

Baits have been known to outperform live baits and has 400 times the scent distribution of any other soft plastic, which is perfect for catfishing.

These are also perfect for the angler who doesn’t have time to whip up any catfish bait themselves. Purchase a bag, slip it on the hook, and be fishing in no time. 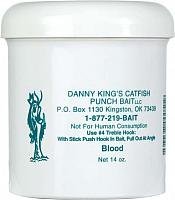 This is much more durable than the Team Catfish bait above. It holds on longer and will allow a good cast without having to worry about it flying off the hook.

With this use a sponge or a tube is not necessary. Just push into the bait in the cup and pull out at an angle to provide a hook full of bait that is ready to be cast wherever desired.

Do give it a stir beforehand to ensure it is mixed properly; not mixing it up could cause the bait to fly off the hook when casting, or drip off in the water.

Catching catfish can be a great way to get out and enjoy the great outdoors. However, it can be a little confusing with all of the different types of bait on the market.

Hopefully, now at your disposal is a better understanding of the varieties of bait.

Take some of the bait ideas above out and bait up your baitcaster reel. What might be good in the local pond might not work in the river. Do some trial and error to figure out what works best and you’ll be catching catfish in no time.