So, you’ve been studying Hemingway and have taken a liking to his schedule of fishing for saltwater game by morning and drinking daiquiris by evening.

But the problem is that you don’t know how to do either. The good news is that they can both be fixed easily and we can help.

Let’s start with the basics: which saltwater spinning reel is the best for you.

And the daiquiri issue can be fixed in four quick lines.

Now that we have the guideline for the second part of the day hammered out, let’s talk about the first part. How are you going to catch the fish that will inevitably lead to your celebratory cocktail?

Before we go too deep, let’s go over exactly what a spinning reel is. It cannot be stressed enough that there is a vast difference between freshwater and saltwater spinning reels. If you take a freshwater reel three miles offshore into the Gulf of Mexico, you should go ahead and throw it out when you get home.

Realistically, it might last you a few fishing trips, but eventually all the internal gear systems will begin to corrode and break.

The materials used are vastly different.

Freshwater uses very simple metals which cannot handle saltwater. When saltwater reels are made, they use a protective coating which give them a longer life.

These seals keep out the saltwater so that they do not corrode the internal systems or wash away any internal lubricants.

Because of the extra time and supplies put into making a saltwater reel corrosion resistant, it will generally be more expensive.

Which may lead you to think, “well I’ll save some money by using a freshwater reel, and when I’m done, I’ll just rinse it off.”

The problem with that is the non-sealed freshwater components will be exposed to saltwater all day, making rinsing off after a trip on the water completely useless.

Yes, you’ll be spending a little extra money for a saltwater reel, but in the long run you will be saving more because you won’t be replacing reels weekly. When choosing your line capacity, it’s important to understand that even if you are attempting to catch speckled trout and red drum, there is a possibility of hooking into something much larger that will take a lot of line.

When this happens, you have a decision to make. Are you going to cut your line or attempt to catch the beast? I’ll answer that for you: you’re going to try to catch it.

With that in mind, it’s important to not have less than 200 yards on your reel.

This gives you plenty of line to play with if you hook into a larger than expected fish. Also, this allows you to cut line and change lures while still having a decent amount spooled up during your trip.

Now that you know how much line to put on, you should know whether the reel is braid compatible. Just about any modern reel is going to allow you to spool braid, but the best reels include features that allow the braid to work best.

Below are some of the features you can expect:

Pick the weight of your reel carefully. If you’re using live bait and will only be casting every 10-20 minutes, then the weight won’t be too much of an issue.

However, if you plan on using lures and doing a lot of cast and retrieve, then you’ll need to keep your reel as light as possible. Every ounce will make a difference, especially if you’re going to be on the water for six, eight, or ten hours a day.

Your shoulder and wrist will thank you.

All modern saltwater reels are going to come equipped with some sort of corrosion protection.

This will protect the body, spool, and the internal components from the harsh saltwater.

When done fishing for the day always make sure to rinse off the outside of your reel with cool fresh water. This will help keep the exterior intact. Very rarely do you have to worry about replacing the bearings on a saltwater reel. These are protected by an internal case which keeps out the saltwater.

But it is always a good idea to make sure you grease your reel often to make sure it continues to spin smoothly.

However, you should be paying attention to how many bearings are used in the reel. Typically, the more bearings, the smoother it will be, as well as having a better action.

You shouldn’t select a reel with a drag system that is greater than 30-40 pounds. At this limit, the drag becomes too strong and the weakest point then becomes the strength of the fisherman.

Anything in the 20-pound range will be good enough to haul in just about any fish you would expect to catch.

Finally, you need to pay attention to what your gear ratio is. A lower gear ratio requires a lot more turns of the reel handle in order to land a fish.

The higher the ratio the faster you will be able to bring in a fish. That means the fish is going to be spending less time in the water where something could go wrong; for example, a broken line, or just more time for the fish to throw the hook.

If you want to cover a lot of water quickly with your lures then your best bet is to go with a higher gear ratio. If you’re using live bait or jigging then a lower gear ratio can be used without much worry.

Below we have a list of five different saltwater spinning reels to help you find the right one for you. 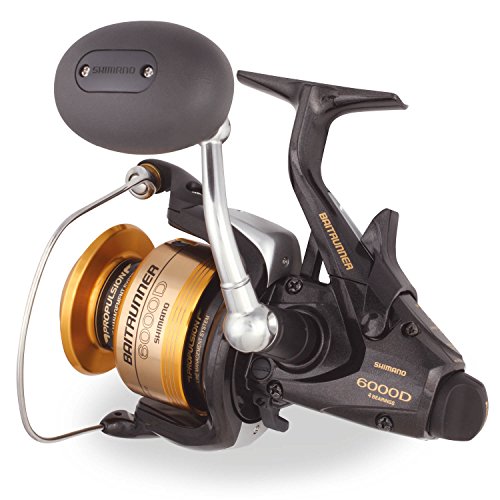 This reel comes with a secondary drag system. Which means that even with the bail closed you are still free spooling, giving your live bait an opportunity to act natural. There are only four bearings in this reel which seems a little low, but the quality of materials used is high. 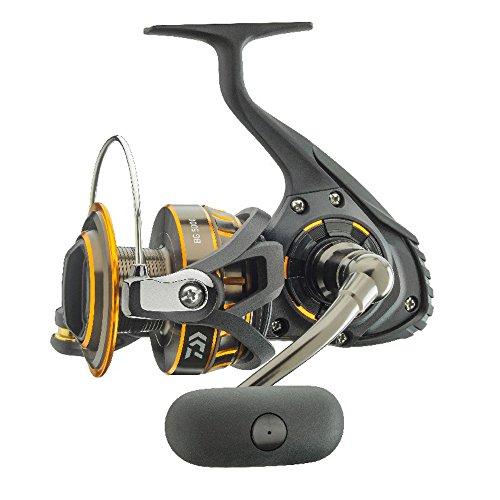 Daiwa has black anodized the body and cover of this reel.

This gives it an increased durability by preventing corrosion and scratches. This lightweight reel gives you the opportunity to fish all day without fear of wearing out your wrist or elbow.

Perfect for the cast and retrieve lure fisherman. The spool was specially designed to cause less resistance so that you can cast further, and more accurately. 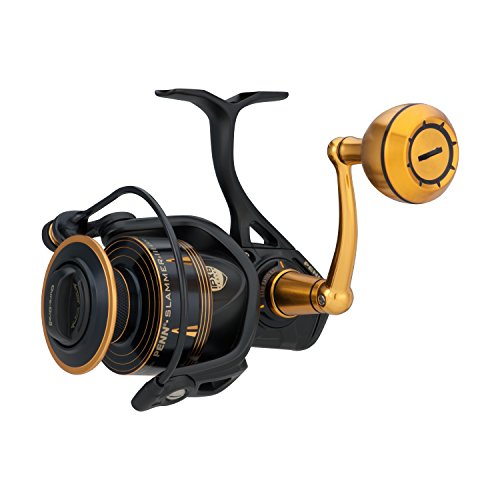 This lightweight reel is perfect for throwing lures all day. It won’t wear your arm out, and can be used for surfcasting as well.

The drag system is strong enough to handle whatever fish you may find on the end of your hook.

It contains a great gear ratio which gives it a surprising amount of power, considering its size.

Smooth casting operation allows you to cast out to exactly where the fish are located. The anti-corrosion material on the reel allows you to keep fishing for years without having to worry about parts breaking down.

The larger size works best for surfcasting or using live bait, but this smaller model allows you to throw lures all day without wearing your arm out.

The metal body provides extra strength and durability, while the side plate protects the gear alignment against heavy fish.

There you have it folks. Five great reels and one drink recipe that will give you the Hemingway-esque lifestyle that you’re looking for.

The only thing I ask is that once you have your beach pad set up, I get an invite down to catch some monsters, and to help diminish the island’s rum supply.