How to Fish a Plastic Worm

When people think of lures for fishing the first thing that comes to mind is the soft plastic worm. It doesn’t matter if it’s a ribbon tail, straight tail or paddle tail. There’s a reason so many people think of this first and it’s because they flat out work.

Not only can rubber worms catch fish year-round in almost any condition, but they can be bought at any store that sells fishing supplies. Their effectiveness and prevalence in the market are what make them such a popular lure to use among anglers of all skill levels.

What are plastic worms 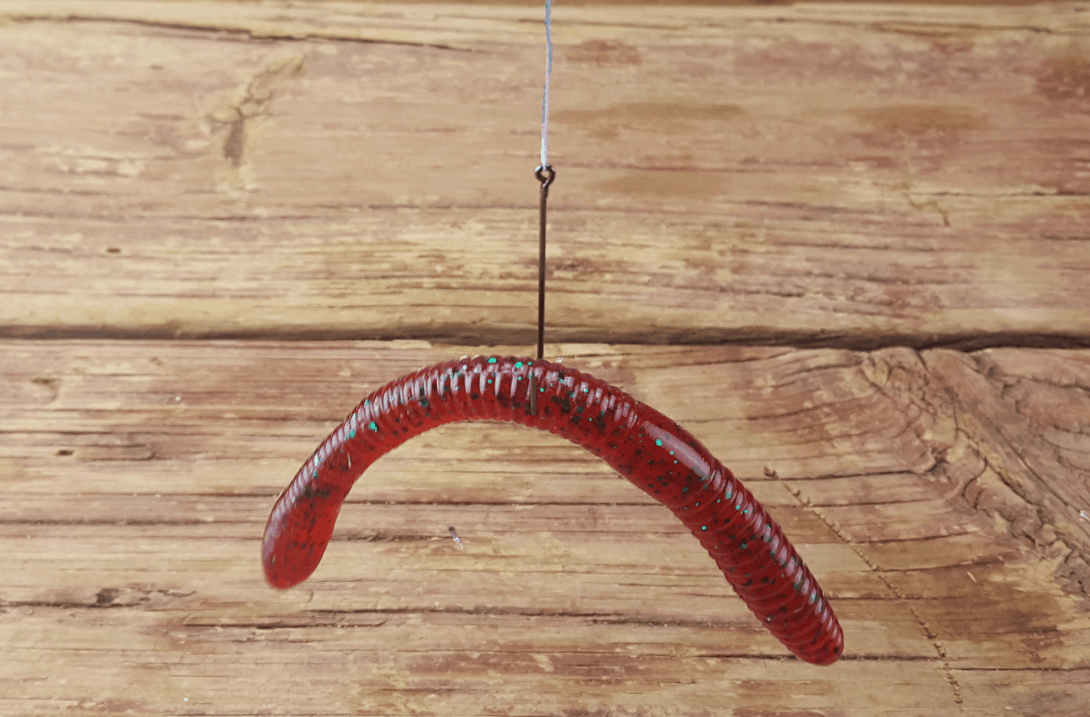 Plastic worms are exactly what they sound like. A mould is created to look like a worm and then a liquified version of the soft plastic material is poured in.

Once the plastic material has cooled down you have a finished lure. They’re very easy to make which is why so many different companies make them.

They come in a variety of different styles, shapes, sizes, and colors. The tricky part is finding out which worm works best in certain conditions.

For instance, some days the fish will not be interested in a worm that is black or blue but instead will be hitting on a lighter color, such as white or green. The first soft plastic worm style created, and still in use today. It can be used in a variety of ways, but what sets it apart from other soft plastic worms is that the tail makes a lot less action.

Unlike the ribbon tail or paddle tail worms, this is a very delicate action. There is not much movement going on, and because of this it is best used in areas where worm fishing is hot. The straight tail will give off a different action, which the fish will begin to key in on.

You can throw these in the idle of winter or summer by using a Texas or Carolina rig. If you prefer to fish this year-round then you can throw a shaky head jig with it. One of the most popular worms used, the ribbon tail produces the most fish from the post spawn up until the leaves begin to turn in the fall. The light and flexible ribbon tail give extra action in the water that fish love.

Bounce this along the bottom by using a Texas rig. Allow the bait to sink all the way to the bottom and then slowly raise your rod up and let it fall back down. The extra action from the tail will help draw fish in.

Nine times out of ten the strike will occur on the fall of the lure. So, watch your line carefully. If you don’t see your line move it doesn’t mean a fish hasn’t eaten it. When you raise back up and feel the pressure, you’ll want to lower your rod, reel in the slack, and set the hook. 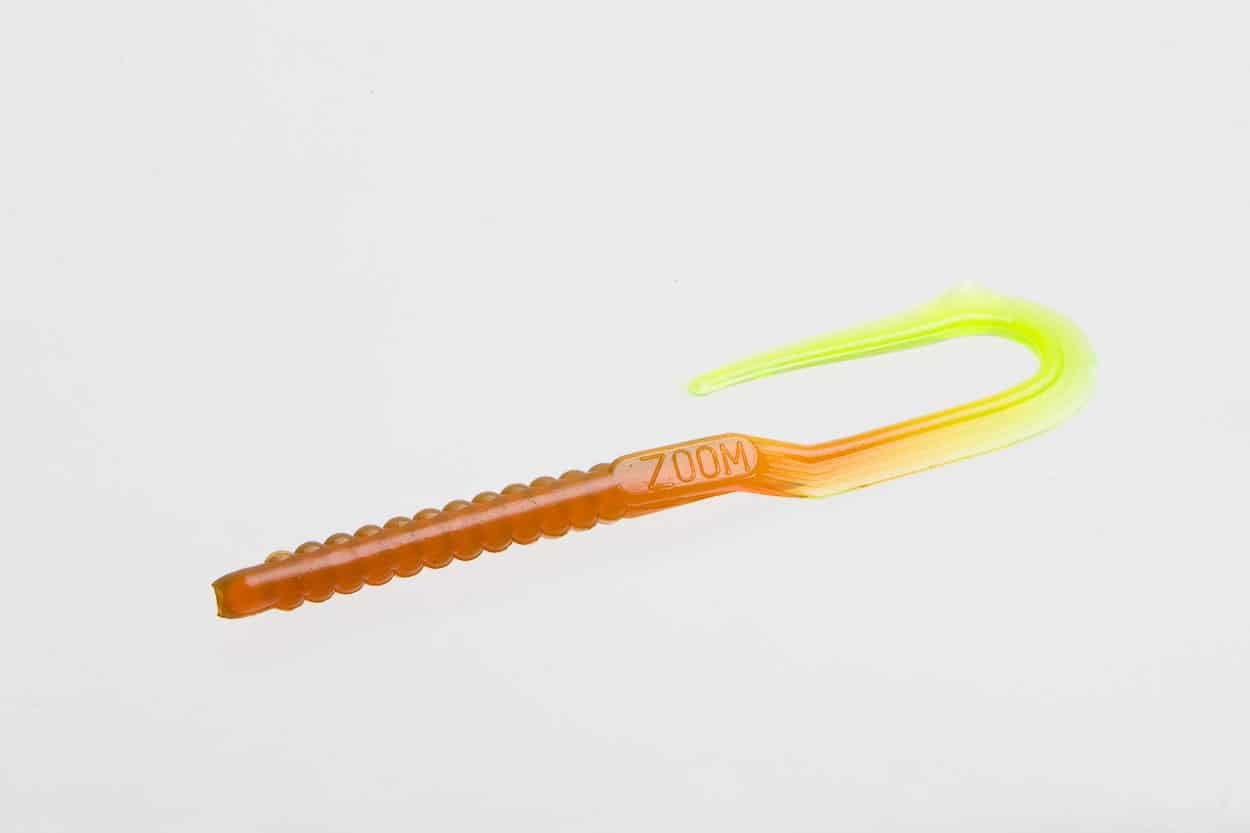 Similar to the ribbon tail worm, the U tail instead has a, you guessed it, a tail in the shape of a U. It can be finished in similar conditions as the ribbon tail and with the same methods.

Just like the straight body worm, this could work well when fishing it in spots that get hit hard with ribbon tail fishing. The U shape gives a little bit of different action. So, while bass may be wary of a ribbon tail, they might come up and hit a U tail. The paddle tail worm is actually not meant to imitate a worm at all, but a baitfish. You can still fish it like a worm if you choose.

The tail should flutter when in the water and you should be able to feel the vibrations in your rod. Similar to a spinnerbait.

How to fish with a rubber worm There are many different ways such as the Texas, Carolina, or wacky rig. All are extremely effective but the Texas rig might be the most popular way to fish soft plastic worms. Followed by the Carolina and wacky rig.

The Texas rig is usually a 3/8 to ¼ oz bullet weight in front of the hook; This allows you to bounce the worm along the bottom and try to entice strikes. This works best when the fish are lethargic in the hot summer and cold winter.

The Carolina rig features a much heavier weight tied in front of a swivel with beads to give it a clacking sound in the water that fish enjoy.

Unlike the Texas rig, you don’t want to raise this off the bottom too far. Instead, you want to keep in contact with the bottom the whole time and just drag it.

The wacky rig is where a hook is put through the middle of the worm. Here you will allow the worm to sink in the allotted area and give it a few pops of the rod before allowing it to sink again. This gives a totally different look and can be deadly year-round.

Each style of rigging the worm will work best during different seasons and conditions.

Many people only throw the Texas-rigged ribbon tail. So, if you want to switch things up and give yourself the best opportunity to catch fish sometimes you need to show the fish something a little bit different than what they’re accustomed to.

That’s where all the other types of method can come into play.

Soft plastic worms have been the most popular lure in the world of fishing for a very long time and there is a reason for that. They can produce fish year-round and are not as difficult to fish like some other lures on the market.

The soft plastic should be a mainstay in your tackle box, and if you’re having trouble catching fish on crankbaits or spinnerbaits, then slapping on a worm might be the best way to get out and catch some fish.

No matter the time of year, they will produce.